We will pickup at your hotel and start sightseeing in Yangon. Go to Botataung Pagoda and explore the daily lives of people around Botataung jetty and Yangon river view for photo shoot.( about 1 hr ).And then visit to City center landmark Sule Pagoda, Mahabandoola Park and downtown of Yangon with Colonial Buildings & City Hall and move to Chaukhtat Gyi, the biggest reclining image in Myanmar.
Lunch Time (12:00pm – 13:00pm)
Lunch at a Local Restaurant

Evening Sightseeing ( 13:00pm – 17:00pm)
Shopping at Bogyoke Market, the most famous place for shopping with full of Myanmar arts, Handicrafts, Lacquer ware & Jewelleries , and visit to Bogyoke Museum. And then Royal Palace (Karaweik) & Kandawgyi Lake for refresh. In the evening ,visit to World famous Great Golden Shwedagon Pagoda.Return to hotel . 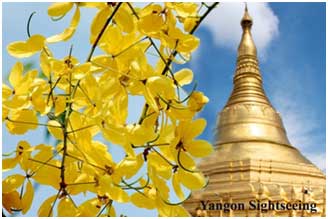 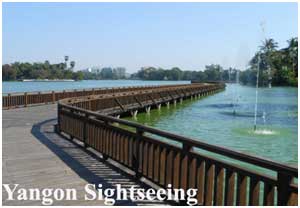 On 26th January 2019, over 2000 local residents, foreign expats, and tourists participated in “The Yangon Steps 2019”. The event started at 5 am as the Union Minister of Hotel and Tourism gave an opening speech to highlight the importance of Yangon City as the commercial capital and vital city of tourism development in Myanmar.

With the initiative from the Yangon Government, Myanmar Tourism Marketing organized the event with the support of Yangon Heritage Trust to promote and educate the importance of preserving historical buildings in Yangon.
Another excitement in Yangon is Myanmar's first ever Ethnics Culture Festival. It was opened to the public from 25th to 29th January at Kyaikkasan Sports Ground. The event featured traditions, culture and unity of the country's ethnic nationals in order to develop Yangon Tourism. Thousands of local and tourist alike attended the 4 day event.
Union Minister for Ethnic Affairs delivered the opening speech, said the festival provided the opportunity for closer relations and unity between the ethnic races in Myanmar. He also urged that ethnic entrepreneurs make use of Myanmar’s beautiful mountains and traditional culture to the world.
With the aim to attract more Japanese visitors, the Sakura Flower Festival was held in Yangon on January 27th. 300 Sakura Trees were donated by the Japan Yokosakura Friendship Association. The Sakura trees were genetically transformed by the experts to let it survive in any kind of climate. The Sakura planted will serve as a tool for the mutual understanding of Myanmar and Japanese people.